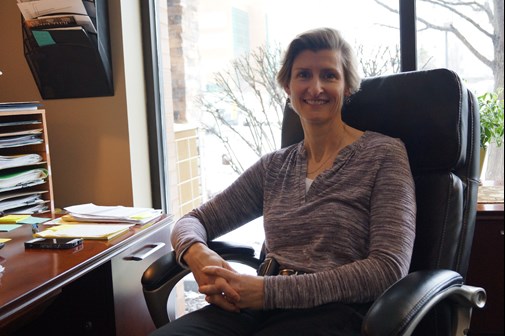 In January 2016, nine projects were selected as part of the West Virginia University – Marshall University Health Grants Partnership. Laura Lander, MSW, LICSW, assistant professor with the WVU Department of Behavioral Medicine and Psychiatry, is part of the transdisciplinary team behind the funded project, “Using a whole exome sequencing approach to enhance the treatment of pregnant women with opioid use disorder and their infants.”

“We’re trying to answer the question, ‘why do some babies born to mothers who are in treatment and doing well develop Neonatal Abstinence Syndrome, and some don’t?’” said Lander. “If we knew there was a genetic component we could then intervene more effectively and sooner with babies to shorten their length of stay and prevent them from suffering with the symptoms of Neonatal Abstinence Syndrome.”

Neonatal Abstinence Syndrome (NAS) is a postnatal drug withdrawal syndrome that occurs among infants who have been exposed to opioids. Children with this condition suffer through tremors, gastrointestinal dysfunction, feeding difficulties and sometimes seizures. Not surprisingly in West Virginia, a state hit particularly hard by the current opioid epidemic, the corresponding issue of NAS is also very prevalent.

Lander recognizes that the prevalence of this problem puts West Virginia in a unique position to impact the treatment of NAS.

“We can, as the state that’s dealing with the most cases of NAS, lead the nation in establishing a standardized treatment in terms of both medication treatment protocols and what medications work best,” said Lander.

Lander, who began in direct clinical care with children and adolescents who had been affected by substance use disorders, found her calling in treating mothers and children together.

Working day to day addressing the nation-leading problem of NAS in West Virginia has not deterred Lander who still believes this statewide effort can truly make a difference in the lives of West Virginians.

“If we develop better treatments we can reduce costs, promote family togetherness, and prevent the suffering these infants go through,” said Lander.